Training from Penn and Teller

Playing to sell out crowd at The Hydro in Scotland

BBC Commission (a lockdown project with his daughter that became a BBC hit!)

Becoming a member of The Magic Circle

Being Nominated at the Scottish Comedy Awards

How did a geeky, shy and slightly awkward research scientist become a magician-adventurer, labeled a “Sexy Doctor Who” by Simon Cowell and the gang on Britain’s Got Talent? You need to go right back to the mid naughties and a dark and dusty research laboratory on the outskirts of Edinburgh to answer that one…

Back in the mid 2000s the most popular reality show on TV was called ‘Faking It‘. The premise was to train someone in a job laterally opposite to the one they already did. So, for example, they would train a classical cellist to a DJ, or a sheep shearer to a hair dresser, or a minister to a second hand car salesman, you get the idea. Back in 2005 they took a quiet, mild mannered (but reasonably attractive) scientist and trained him to be a magician. And this is the story of how Kevin got into magic. He was that scientist.

Back in 2005, a 90 minute Easter Day special was aired and watched by almost 7 million people across the UK, . It has since been translated into other languages and enjoyed by millions of people all over the world.

After the show Kevin has received Fan mail from folks in every continent across the world. He was taught by the best working professionals in the UK today. In addition he was flown over to Las Vegas where he received a master class on magic from the best magicians in the world “Penn and Teller”. That certainly left his mark on Kevin.

Now he combines magic and science in ways that create grand adventure in the minds of audiences, edge-of-your-seat magic that just didn’t exist until Kevin invented it.

“storm the doors for a ticket” The Advertiser

“To celebrate Shakespeare’s birthday here at the Globe theatre on the 21st April we were delighted that Kevin McMahon, Artistic Director of the Edinburgh International Magic Festival was able to perform for the 6,000 members of the public that came through the Globe doors. Kevin performed on the main Globe stage in front of every member of the public that came through the Globe that day to rapturous applause and laughter. We were honoured that he could come and perform at Shakespeare’s Globe Theatre in London. ” 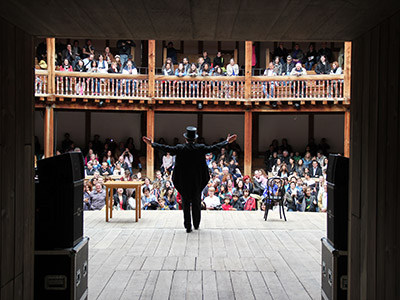 The Guinness World Record for the BIGGEST ever Magic Lesson was broken by Kevin McMahon on 27th October 2012. MagicFest, in association with Royal Blind Charity, smashed the World Record here in Edinburgh with over 1500 people gathered together to learn a magic trick as part of the annual ‘Glow in the Park’ event.

“I’m Delighted to say that we now hold the Guiness World Record recorded near the building that inspired JK Rowling’s vision for Hogwarts. Massive thanks to all the performers, volunteers, staff, friends and all 1500 audience members that turned up to break the world record in wintery conditions. Massive achievement. Well done to all involved.”

The Magic Castle in Holywood is the unofficial magic capital of the world. (Of course that only makes sense if a ‘capital’ could be a ‘castle’, which it can’t be, really, but you probably understand what I mean. The Castle is a very cool place.) Almost all of the worlds most famous magicians, past and present have trodden their famous floors.

To be invited over to LA to perform is one of the greatest honours that can be bestowed upon a magician. 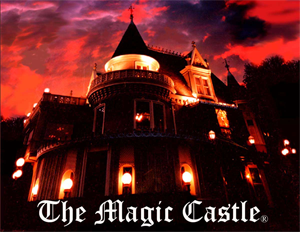 "The trickery is astonishing. From the opening card trick to the closing disappearance – this is magic and mystery at a hundred miles an hour."