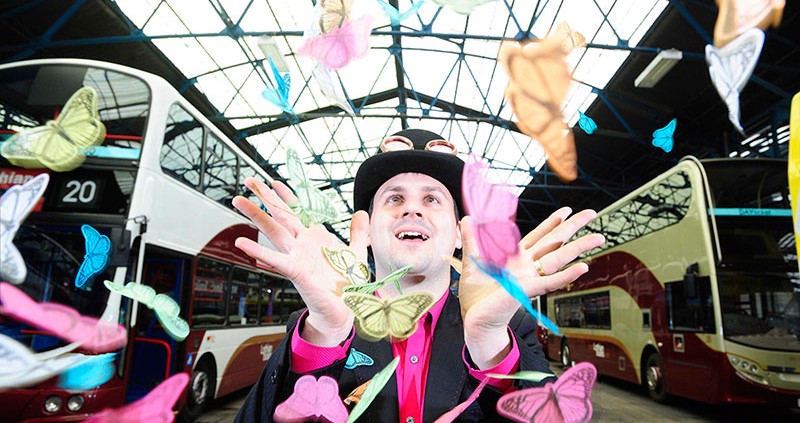 The most awesome magic festival in the world The Edinburgh International Magic Festivallaunched its new programme for this summer at the unexpected veune of Lothian Buses Central Depot in Edinburgh. It’s a great privilege to be the artistic director and I took great pleasure in performing one of the biggest illusions that has ever been attempted in Scotland! We made a bus (only a single decker mind you) turn into butterflies (the theme for the 2012 MagicFest). It was a wonderful project and it would not have happened without the help of Graham Colvan, the MagicFest team, the team from Lothian Buses and Black Light.

We found ourselves in the Scotsman Newspaper and also on STV news.