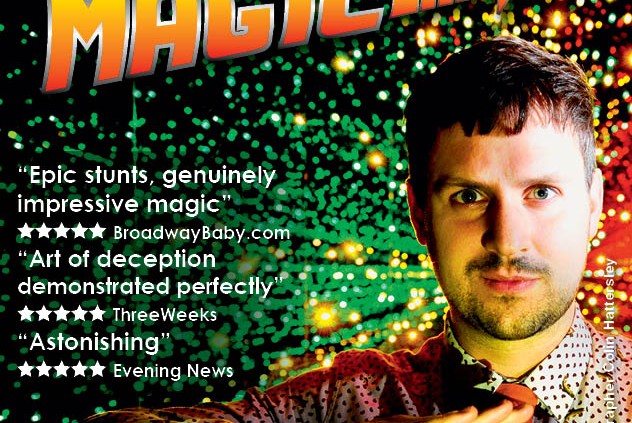 Having spent the first ten years of his adult life completely immersed in Physics and the next ten in magic, Member of the Magic Circle Kevin is most likely the only person on the planet who’s reached the magic 10,000 hours needed to make you an ‘expert’ – in both areas. He’s also one of a very few people that counts quantum physics as a hobby. Vanish, transport, transform, escape, levitate, predict – the six key areas of magic. All now claimed also by science. The line between the natural and unnatural has never been more blurred, and as these polar opposites finally converge, Kevin explains why mystery is doubtless the most important concept in Science.

Funny Turn with Stephen K Amos, Ed Byrne and others
Scroll to top